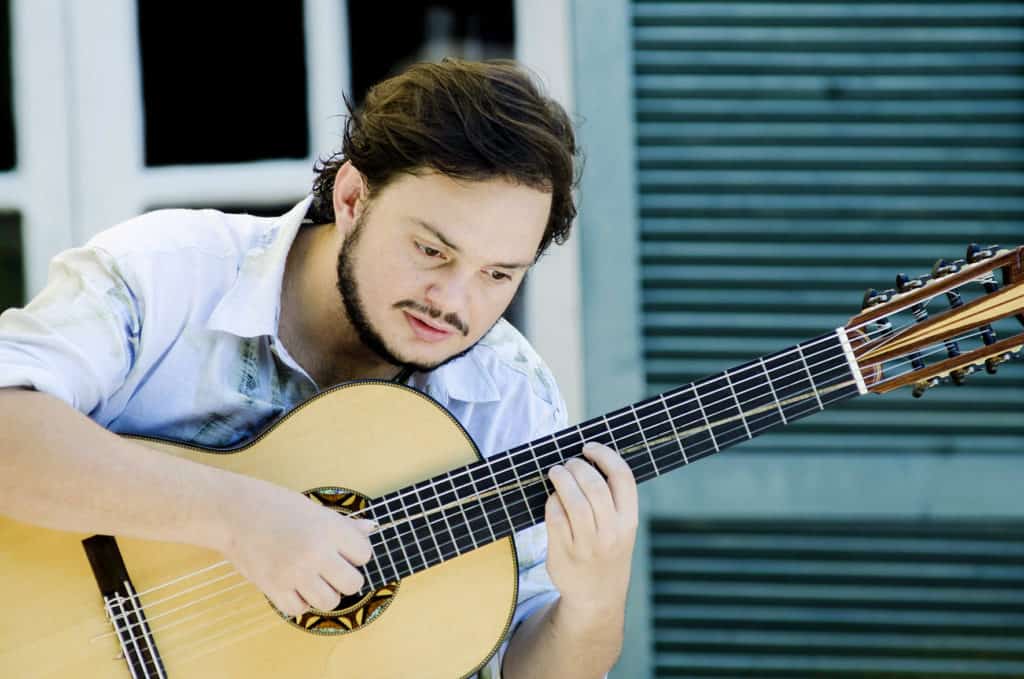 “Yamandu Costa is a spectacular guitarist and composer who makes music with soulful passion, playful grace, and and stunning virtuosity.”

Nominated for a Latin Grammy Award for Best Instrumental Album in 2010, 2014 and 2018, Yamandu is a unique guitar player, composer and arranger, improviser and interpreter who does not fit into a single category, but instead creates his own when playing his 7-string guitar. Extensive touring has showcased his genius and natural ability of enchanting the audience at sold out venues in Brazil and around the world. Many established and well-known musicians have invited Yamandu for live projects and recordings including Bobby McFerrin, Richard Galliano, Doug de Vries, Gilberto Gil, Toquinho, João Bosco, Ney Matogrosso, Roberta Sá, Naná Vasconcelos, Renato Borghetti and many more.Do not miss his New York debut at Sony Hall in July.