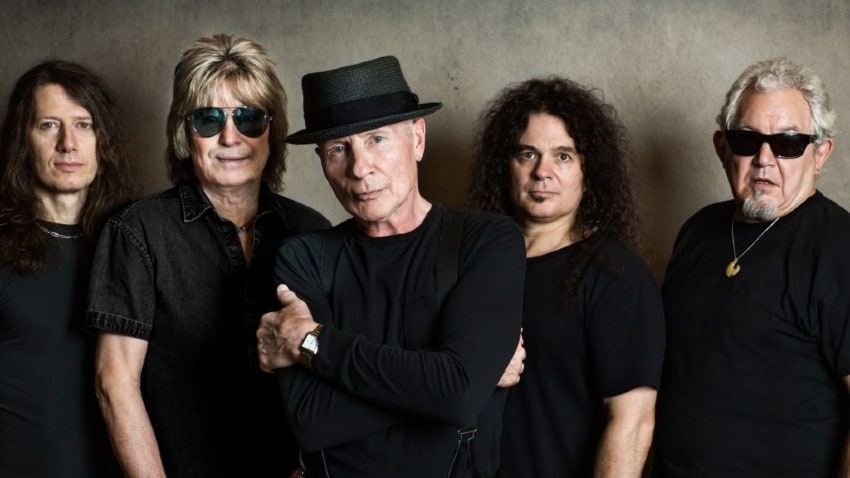 Phil Mogg has confirmed that this years 50th anniversary tour with UFO will be his last as the front man of the long-running hard rock band. Consequently, it seems almost certain that at that point they will cease to exist. UFO were formed in London in 1969 and Mogg is their only ever-present member, performing on all of the groups 22 studio albums.This decision has been a long time coming, I’ve considered stepping down at the end of UFOs previous tours in 2016, Mogg explains. I don’t want to call this a farewell tour as I hate that word, but this years gigs (2019) will represent my final tap-dancing appearances with the band.

Vocalist Phil Mogg, guitarist Mick Bolton, bassist Pete Way, and drummer Andy Parker formed the British space metal outfit UFO in 1969. Originally known as Hocus Pocus, the group, which took the name UFO in honor of a London club, debuted in 1971 with UFO 1. Both the album and its follow-up, the same year’s Flying, found great success in Japan, France, and Germany, but went barely noticed in the band’s native country; as a result, their third effort, 1972’s Live, was released only in Japan.

In 1974, Bolton left the group; after brief trial runs with ex-Pink Fairies guitarist Larry Wallis and future Whitesnake member Bernie Marsden, former Scorpion Michael Schenker stepped in as a permanent replacement in time to record 1974’s Phenomenon, which sported a harder-edged guitar sound. After 1975’s Force It and 1976’s No Heavy Petting brought UFO increased visibility with American audiences, keyboardist Paul Raymond joined for 1977’s Lights Out. However, after 1978’s Obsession, Schenker left the group, first to rejoin the Scorpions and later to form his own band. Despite the addition of guitarist Paul Chapman, the next UFO LP, No Place to Run, failed to match the success of its predecessors.

In 1982, the band released Mechanix, notching a minor U.S. hit with “Back into My Life”; later that year, Way exited to form Waysted and was replaced by ex-Eddie & the Hot Rods bassist Paul Gray. After 1983’s Making Contact, UFO dissolved, only to re-form two years later for Misdemeanor; however, the album was met with little response, and they again called it quits. In 1993, the group’s most popular lineup — Mogg, Schenker, Way, Raymond, and Parker — reunited and recorded the 1995 album Walk on Water; after a tour, the members yet again went their separate ways. Mogg and Way continued to work as Mogg/Way and released the albums Edge of the World (1997) and Chocolate Box (1999).

Schenker rejoined in 2000 along with veteran drummer Aynsley Dunbar for the two-CD Covenant, which featured one disc of new studio recordings along with one disc of live recordings. Sharks came out in 2002; then Schenker and Dunbar departed and were replaced by Vinnie Moore and Jason Bonham, respectively. This new band welcomed returning keyboardist Paul Raymond for 2004’s You Are Here and 2005’s live album Showtime. Bonham was the next to leave and was replaced by the band’s original drummer, Andy Parker, for 2006’s The Monkey Puzzle. The Visitor — an album recorded without the participation of Pete Way due to the bassist’s health problems — followed in 2009. Seven Deadly was released in 2012 and the band has toured extensively in the UK, Europe, Scandinavia, Brazil, the USA and Canada in support of this hiighly acclaimed album.

For One Huge Night Only Lloyd Banks