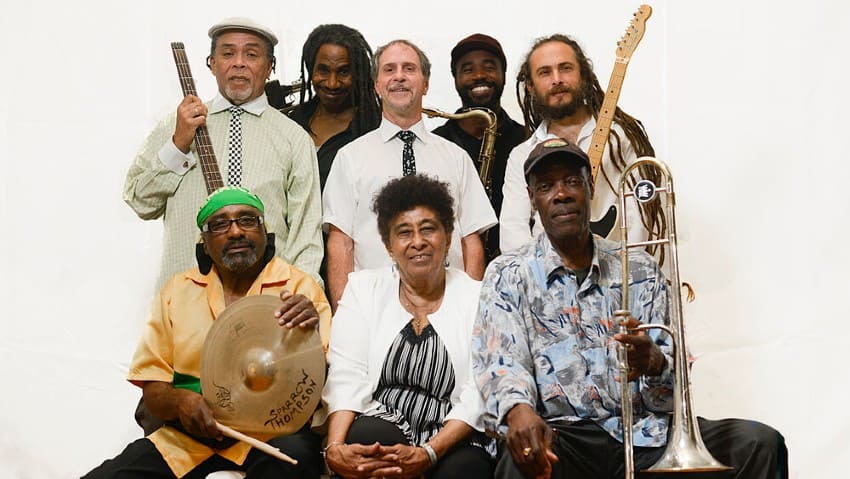 This is a live stream from the Sony Hall stage
VIP packages available
Restream 10/31 @ 3:30pm EST

2020 marks the 56th Anniversary of The Skatalites who secured their place in history early on by backing most of the vocalists in Jamaica including Bob Marley, Toots and The Maytals, Jimmy Cliff, Alton Ellis, Ken Boothe and many more. In the early 80s their music started to spread to the U.S.A and other parts of the world. Bands began to emerge all over the globe playing different flavors of ska and reggae fused with whatever else they wanted to throw in, including hard core, jazz and even punk. In 1983 The Skatalites reunited to play Reggae Sunsplash in Montego Bay and subsequently in London at The Crystal Palace for the U.K version of the Sunsplash event. A few years later they began emigrating to the U.S.A and in 1986 the first US shows began at The Village Gate in NYC. The band supported Bunny Wailer on The Liberation Tour in 1989 and followed it up in 1990 embarking on their first-ever headline tour of The U.S.A. The Skatalites have not stopped touring the world ever since. Their uniquely infectious brand of real, authentic Jamaican ska entertains audiences of all ages across the globe year after year.

“We hope you will enjoy listening to our music as much as we enjoy performing it for you.”

For One Huge Night Only Lloyd Banks – Sold Out