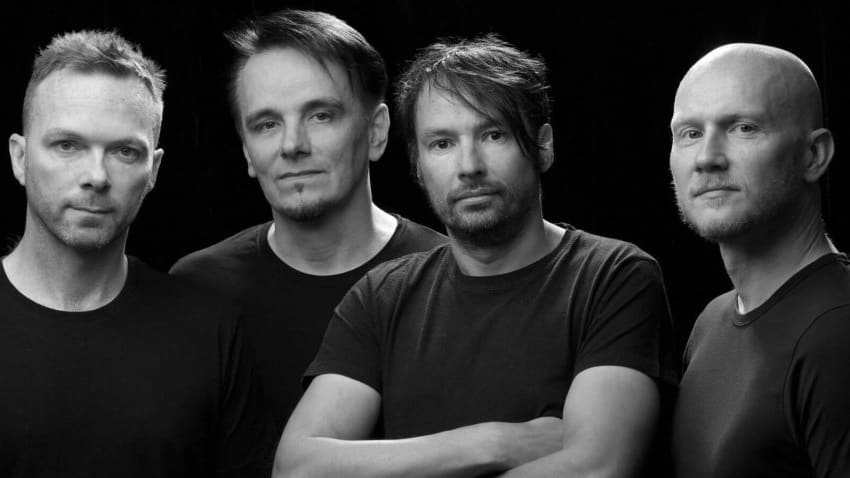 About The Pineapple Thief

The Pineapple Thief will be heading out on an eagerly anticipated tour of North America in November 2019. The band, now complete with full-time drummer Gavin Harrison (King Crimson, Porcupine Tree), will be heading to the USA, Mexico and Canada for the first time ever. Frontman Bruce Soord says: “People have been clamouring for us to bring our show to North America since I can remember. We’ve completed 4 tours of Europe with this lineup with Gavin. And now we are finally able to bring it over the pond. I for one cannot wait!”

British prog rock band the Pineapple Thief, led by founder and frontman Bruce Soord, have become one of the most restless rock outfits of the 21st century and, while spending years as a cult attraction, nonetheless possess a large following in Europe, Asia, and the United States. While the band’s music is often likened to Radiohead‘s and Porcupine Tree‘s, the generalization falls far short in describing a constantly evolving sound that deftly balances sophisticated indie pop, theatrical rock, 21st century prog, textured electro-acoustic ambiences, and neo-psychedelia.

A psychologist of rhythm no less, born in Harrow, North London, in May 1963; Harrison‘s early influences stem from his father’s jazz collection. Besides playing on records by Kevin Ayers, Lisa Stansfield, and Iggy Pop, Harrison produced two books, Rhythmic Illusions and Rhythmic Perspectives, and replaced Chris Maitland in Porcupine Tree.