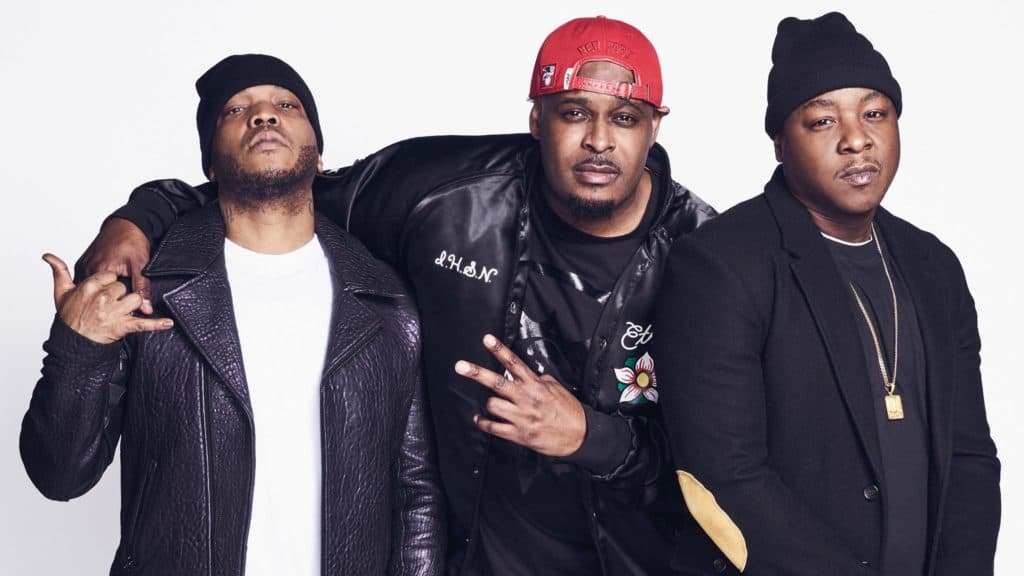 Proof of vaccination may include your physical CDC card, photo of your CDC card, NYC Covid Safe App, or the NYS Excelsior Pass.

Children under 12 – who cannot be vaccinated – must wear masks. In addition to the vaccination policy, New York City continues to encourage masks for all indoor gatherings, except while you are actively eating and drinking.

The LOX is making a triumphant and timely return with their fourth studio album, Living Off Xperience, a project that proves true hip hop never goes out of style. The project’s lead single “Loyalty and Love” dropped on April 3 and gave fans a taste of what they can expect from the 14-track album due in August via Roc Nation. The explosive collection features production from AraabMuzik, Scott Storch, and Large Professor, among others as well as colas with DMX and T-Pain. Living Off Xperience showcases the group’s signature gritty sound with the unrivaled lyricism that gets right to the heart of the battles we continue to fight. The project’s next single, “Bout Shit” featuring DMX is due out on August 19. Long before The Lox became synonymous with East Coast hip hop, Jadakiss, Styles P, and Sheek Louch were three friends with something to say. The trio who banded together in high school scored their first big break when they secured a spot on the iconic Set It Off soundtrack in 1994. Thanks to an assist from fellow Yonkers native, Mary J. Blige, Sean “Diddy” Combs signed the group to his Bad Boy label in 1995 and dropped “Well, Well, Well” featuring Kasino, which appeared on DJ Clue’s 1996 mixtape Show Me the Money before unleashing their debut studio album, Money, Power & Respect in 1998. In 2000, they signed to Ruff Ryders and solidified their spot in the hip hop history books when they released their gold-selling album, We Are The Streets. Tracks like “Ryde or Die, Bitch” held court atop the hip hop charts, while collaborations with Diddy (“All About the Benjamins”), Mariah Carey (“Honey”), Jennifer Lopez (“Jenny from the Block”) brought them crossover success and proved their talent transcends the hip hop genre. Clinging to their credo of brotherhood over everything, all three members have enjoyed solo success without ever breaking up the group or engaging in the all-too-common trend of public beef. “There aren’t very many groups in hip-hop that have had no break-up or public altercations or qualms over money,” Styles says. “The LOX show that in hip-hop there can be loyalty over money, women, business, and things of that nature.” With their 2016 album, Filthy America… It’s Beautiful, The LOX called out issues that were largely ignored in the community, but have come roaring to the forefront of the national dialogue; proving the group continues to stay steps ahead. That year also marked the year the group formed their own label, D-Block Records, in collaboration with Roc Nation, To date, the LOX is one of the only groups of any genre to have three different members debut solo albums in the BillBoard Top 10.

Per New York City’s guidance, Sony Hall is requiring all guests, staff & musicians ages 12+ to be fully vaccinated against Covid-19 to enter.  Children ages 5 to 11 must have received at least one dose.
Proof of vaccination may include your physical CDC card, photo of your CDC card, NYC Covid Safe App, or the NYS Excelsior Pass.
In addition to the vaccination policy, New York City continues to encourage masks for all indoor gatherings, except while you are actively eating and drinking.