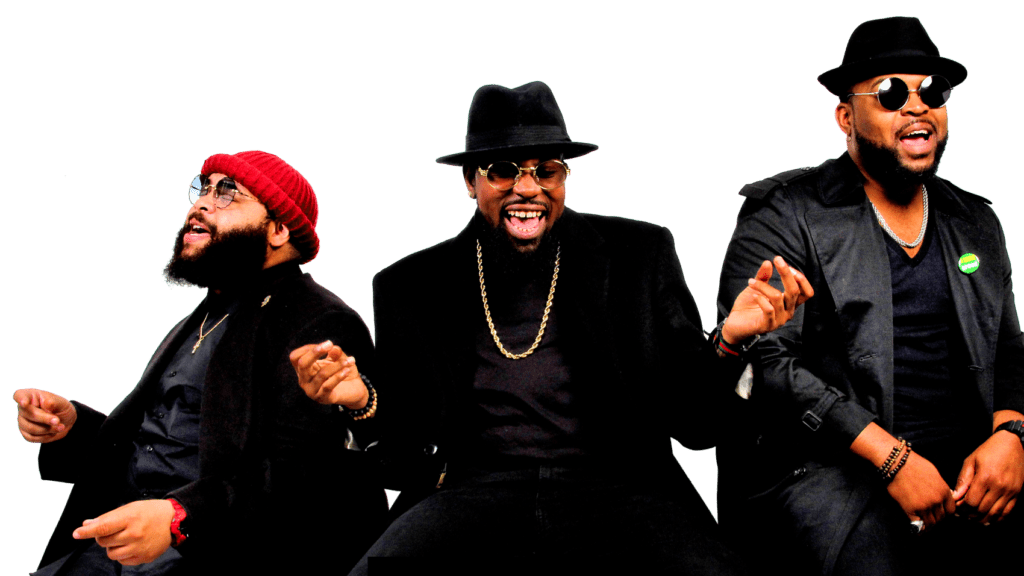 The Hamiltones are North Carolina natives J. Vito, Tony Lelo, and 2E. The soul trio’s name was born from their work as backup vocalists for Grammy-winning R&B/Soul artist Anthony Hamilton. While on tour with Hamilton, dazzling audiences around the world, the trio of singers jokingly sang a gospel rendition of Drake‘s “Hotline Bling” during rehearsal. The recorded footage of their performance was then uploaded to Facebook and amassed over one million views in just under 24 hours. The group went on to make more renditions of popular songs, all of which became internet sensations. Their viral spoof rendition of Birdman‘s “Respeck” landed them on Power 105’s The Breakfast Club.

In 2018, the group’s “What I’m Feelin'” collaboration with Anthony Hamilton secured the trio’s first Grammy nomination. That same year, The Hamiltones hit the road again with Hamilton, headlined their own dates, and embarked on an international tour with legendary guitarist Ry Cooder. The following year, The Hamiltones were featured on three Grammy nominated projects, including PJ Morton‘s Gumbo (“Everything’s Gonna Be Alright“); Jonathan McReynold‘s Make Room (“Graduate“); and the winner in the 2019 Best Gospel Album category, Tori Kelly‘s Hiding Place(“Help Us To Love“).  The Hamiltones are now set to embolden their transition to the forefront with their recently released debut project Watch The Ton3s.