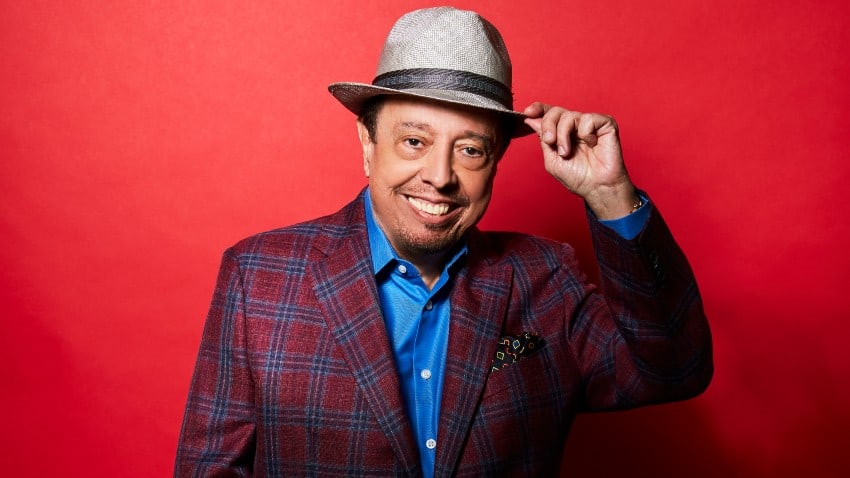 Producer, composer, keyboardist and vocalist, Sergio Mendes is one of the most internationally successful Brazilian artists of all time. His hit single, “Mas Que Nada,” is the first Portuguese language song to ever hit Billboard’s U.S. Pop chart and Mendes’ signature mix of bossa nova and samba and distinctive pop instrumentation have ultimately come to define Brazilian music.

With a career spanning five decades, his enduring influence on the music industry continues to evolve. A three-time Grammy® Award winner, with three additional Grammy nominations, he has recorded more than 35 albums, with numerous gold and platinum albums among them. In 2012, following year, Mendes received an Oscar® nomination for Best Original Song for “Real in Rio” from the animated film Rio.

Mendes’ career began with his 1961 album Dance Moderno and the groups Bossa Rio and the Sergio Mendes Trio. In the mid-1960s to the late ’70s, Mendes began to establish his legendary status as his albums and singles rose to the top of the charts. However, it was his group, Sergio Mendes & Brasil ’66 which sparked global stardom. After performing “The Look of Love” at the 1968 Oscars, their version rose to the top 10, quickly followed by such hits as “The Fool on the Hill” and “Scarborough Fair.”

Mendes’ innovation and versatility have enabled him to collaborate with a wide a range of artists.Mendes’ most iconic album, Herb Alpert Presents Sergio Mendes & Brasil ’66, was inducted into the Grammy® Hall of Fame in 2011, joining Bruce Springsteen’s legendary Born in The U.S.A., Dr. Martin Luther King Jr’s “I Have a Dream” speech, and the Rolling Stones’ Exile on Main St. in the class of historically significant recordings.