Scott Stapp of Creed Presented by 94.3 The Shark w/ Messer and Weapons of Anew 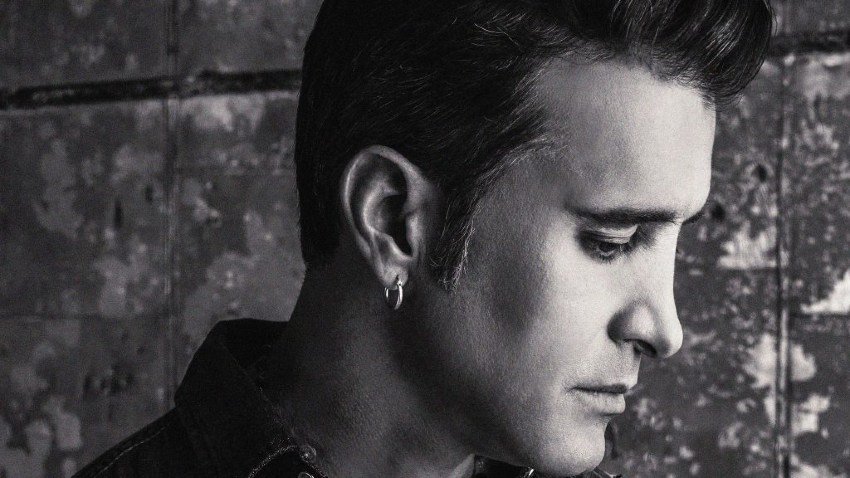 Scott Stapp is known as a Grammy winning songwriter and frontman for Creed (over 50 million albums sold worldwide), and for his work as a solo artist who released the platinum-certified The Great Divide (2005) and Proof of Life (2013) which featured his first solo Billboard #1, “Slow Suicide.” His next solo venture reflects a new outlook after the biggest fight of his life – five years and counting. With new single “Purpose For Pain,” one of rock’s biggest names roars back to the scene with a driving, introspective new single. It is the first song from Scott Stapp’s upcoming album, THE SPACE BETWEEN THE SHADOWS, set for July 2019 release on Napalm Records. The album documents a five-year journey to find meaning – and redemption – in a world where shadows lurk and the space between is a gauntlet towards the light.

Scott Stapp’s black and white worldview has shifted after five years of focus and introspection. The Grammy-winning frontman and songwriter is now set to return with his 3rd solo album to explore THE SPACE BETWEEN THE SHADOWS, was released earlier this month on Napalm Records.

The Space Between the Shadows is Scott’s manifesto of lessons learned in the six years since his last release, yet listeners will find their own solace, hear their own frustrations, feel hope, revelations, victories and losses. The album’s first single, “Purpose For Pain,” is an apt opener with a universal message of finding meaning during dark days. “Purpose for Pain is about seeking a higher meaning, a spiritual mentality when dealing with life’s painful moments. Everyone goes through unexplainable, dark times and that pain is real. If we can just hold on to hope during the most difficult situations, believing there is a purpose waiting for us on the other side, we can find meaning and clarity to keep fighting.”

Throughout the early 2000’s, Scott Stapp dominated rock radio with non-stop hits from his mega-band, Creed. At the same time, his personal demons from a traumatic past, combined with depression and addiction, turned every musician’s dream come true into a personal nightmare that played out publicly. The headlines became a blessing in disguise when music industry organization, MusiCares reached out in 2014 with the right message at the right time. The continued, unconditional love of his wife, family, and other artists, along with MusiCares’ assistance and resources allowed the rocker to fight and overcome for five years and counting.

“Just like with music, relationships, or any kind of personal growth, there are failures before there’s success,” says Scott. “The failures were devastating but every day you renew your commitments. It was also instrumental to me to learn that it’s an illness, not a weakness. The shift in conversation on these topics has also been a blessing in the public eye where it’s less ‘what a rock star cliché’ and more ‘keep fighting, I’ve been there too.’ It just shows you that everyone is fighting some sort of fight.”

Scott Stapp’s fighting spirit is well documented – he fled home as a teen, supported himself, and formed a band that reached the heights of musical success. Creed burst into popular consciousness in 1997 with MY OWN PRISON, followed by HUMAN CLAY (1999), WEATHERED (2002), and FULL CIRCLE (2009). The band became a chart-topping phenomenon that sold over 50 million albums worldwide, broke airplay records, sold out arenas, and earned a Grammy Award for “With Arms Wide Open.”

As Rolling Stone wrote, Stapp is “a singer with an enormous emotional range and a composer of startling originality.” As a solo artist, he released two albums, PROOF OF LIFE (2013), which featured his first solo Billboard #1 with “Slow Suicide,” and THE GREAT DIVIDE (2005) while battling issues that threatened his health and put his relationships in jeopardy.

As recovery reshaped his perspective, Scott and his wife of thirteen years, Jaclyn, moved with their three children to a community outside Nashville, TN. Since the move, Scott not only found a haven for his family, he’s found a community that nurtures creativity and is renowned for turning sad stories into amazing music.

It was there that THE SPACE BETWEEN THE SHADOWS was written and recorded with producers Marti Frederiksen and Scott Stevens. The sessions at Frederiksen’s Sienna Studio took shape in a natural, organic way. Writing and jamming together was more than collaborative – it was a challenge amongst the musicians to bring their best.

“In working with Scott, we all got a chance to do some story-telling and get to the heart of the man he has become,” said Frederiksen. “Through all the ups and downs, Scott has come out strong and I’m so proud of all the work we put in to make it right.”

“This was an amazing journey,” added Stevens. “Working alongside Scott and Marti brought out the best in us all. We hit on every emotion and came out better friends because it.”

As a result, the sonic footprint of the album is pristine and wide-ranging. It opens with the propulsive hard-rock blast of “World I Used to Know,” Scott’s state-of-the-union address about these treacherous times. The hard-hitting first single, “Purpose for Pain,” and the brooding, cathartic croon of “Ready to Love,” masterfully show how one of the most distinctive voices in rock is evolving. In “Name,” there is an unflinching confrontation, whereas “Heaven In Me” is blues-soaked. “Survivor” sounds off with blasts of metallic rock, while “Face of the Sun” looks boldly into the light. In a particularly poignant moment for a musician that could have lost it all, two of Scott’s children are the gospel-style “choir” on “Wake Up Call,” which shares both doubts and convictions.

“Gone Too Soon,” was inspired in part by the losses of Linkin Park’s Chester Bennington and Soundgarden’s Chris Cornell.

“Those deaths hit me hard,” says Stapp. “First and foremost, we lost those guys way too soon and it’s heartbreaking. For me, a lot resurfaced…the kinds of questions I was asking myself twenty years ago at the height of Creed’s success. Things like ‘Why do I feel this way? What’s wrong with me?’ Depression is an illness that doesn’t discriminate.”

As someone who has received the help of others in overcoming his own dark shadows, Scott Stapp pays it forward through his own With Arms Wide Open Foundation, which helps military vets and their families with issues of drug addiction, PTSD-triggered mental health issues and suicide prevention. His efforts were applauded in 2017 when the Florida Association of Broadcasters gave him the Florida Service Award and in 2018 he was inducted into the Florida Music Hall of Fame.