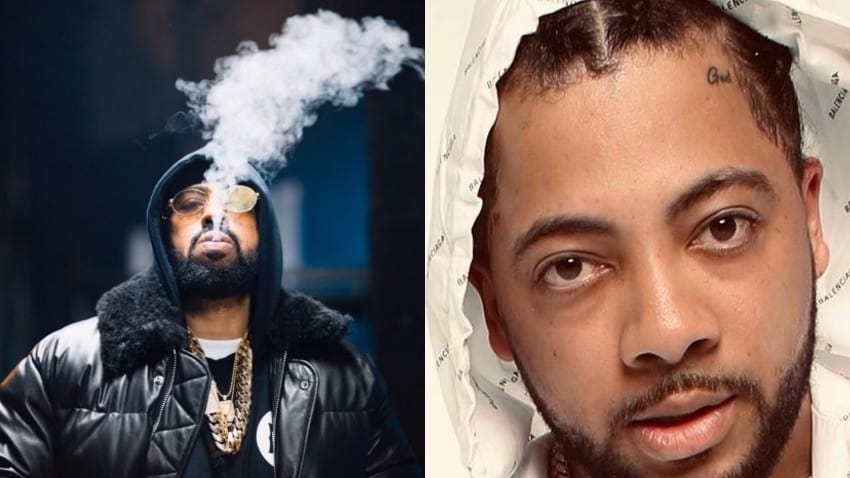 Time waits for no man, but venerable New York emcee and producer Roc Marciano (a/k/a/ Roc Marci) remains a rare exception to the rule. Roc has enchanted listeners with his dexterous lyricism, methodically soulful beats, and steely persona on releases like 2010’s critically-acclaimed Marcberg, and his revered 2012 effort, Reloaded.

Now, the pride of Hempstead, Long Island is now releasing his first album in three years- the equally spellbinding Rosebudd’s Revenge. This is the rapper’s fourth studio album. While Roc has shined with appearances on landmark releases including De La Soul’s Grammy-nominated And the Anonymous Nobody and Ka’s Days With Dr. Yen Lo, his fans have taken note of his scarcity, making Rosebudd’s Revenge one of the more anticipated hip-hop releases of 2017.

Enlisting his band of collaborators to join him on every song on his last release (2013’s Marci Beacoup), Roc Marci flips the script on his latest offering. Rosebudd’s Revenge’s lone features are frequent collaborators: Brownsville emcee Ka on the epic sparring session “Marksmen,” and Knowledge the Pirate on “No Smoke.” This uncluttered lineup gives Roc Marci ample space to deliver his cinematic tales from the strip. Key selections from Rosebudd’s Revenge include the suave, keyboard-laden affair “Better Know,” silky smooth and reflective “Killing Time, “Pimp Arrest,” and the hard-boiled title-track on which Roc’s boastful musings rank among the best of his tenured run.

Spilling his fluid flow over production from the likes of Grammy-nominated producer Knxwledge, as well as George Paulin and Animoss of the Arch Druids, Don C, Modus Op, and predominantly his own noted raw beats, Roc Marci reaffirms his placement on the musical Avant-garde and standing as one of hip-hop’s preeminent lyricists on Rosebudd’s Revenge, a defining effort that will leave fans salivating for more.

Hailing from Syracuse, New York, Stove God Cooks, formerly known as Aaron Cooks, hit the ground running in 2020. When the rap game was in a lull due to the pandemic, Cooks rose and dropped his debut project, Reasonable Drought. The project, which was produced by Roc Marciano, became a fan favorite with many critics putting it on their “best albums of 2020” lists. He was also named Billboard’s Top-15 2021 Hip-Hop and R&B artists-to-watch. Along with his debut, he has made appearances on Roc Marciano’s latest albums Marcielago and Mt. Marci on the songs “Puff Daddy,” “God Loves You,” and had a show-stealing verse on “The Eye Whorus.”

Cooks is ready to get the stove clickin’ again. Stove God is gearing up to drop his highly anticipated follow-up tentatively titled Stove Jesus, which finds Roc Marciano handling the production once again. He recently released his new single “Dope” featuring French Montana to prepare fans for what’s to come.