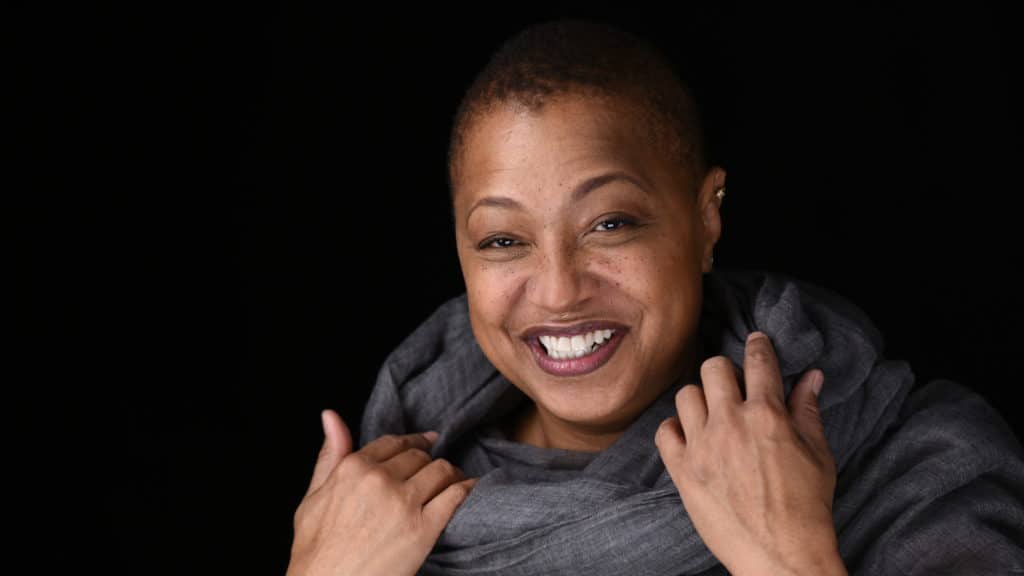 “Lisa Fischer in concert is addictive. Every performance is so enriching, so exciting, so transcendent that you want more. With remarkable vocal range and vocabulary, Fischer can sing soul, jazz, rock, gospel, pop, folk and classical with equal facility and authority. She often mixes styles in the same song, sometimes in the same vocal line. Her approach tends to be intimate, artful and almost meditative, accompanied by her interpretive dancing, but she also can cut loose and funk with fierceness and rock with abandon.” (Minneapolis Star Tribune)

“not only one of the most superlative all-around singers in the world but also the most artistically, intellectually and emotionally satisfying small-room female performer working today. Period.” – Minneapolis Star Tribune

“Ms. Fischer effused a pure joy and sometimes a pure anguish in the kind of singing that is rarely heard nowadays…” – The New York Times

“at the top of her vocal game, thrilling fans with her range, her tone, and her charisma” – Parade Magazine

Ranky Tanky released their eponymous debut on Oct. 20th, 2017.  By December of that year, the group had been been profiled on NPR’s Fresh Air with Terry Gross and their album soared to the #1 position on the Billboard, I-Tunes, and Amazon Jazz Charts.

“Gullah” comes from West African language and means “a people blessed by God.” “Ranky Tanky” translates loosely as “Work It,” or “Get Funky!” In this spirit this Charleston, SC based quintet performs timeless music of Gullah culture born in the southeastern Sea Island region of the United States. From playful game songs to ecstatic shouts, from heartbreaking spirituals to delicate lullabies, the musical roots of Charleston, SC are “rank” and fertile ground from which these contemporary artists are grateful to have grown.

South Carolina natives Quentin Baxter, Kevin Hamilton, Charlton Singleton, and Clay Ross first came together in 1998, fresh out of University, to form a seminal Charleston jazz quartet. Now, united by years apart and a deeper understanding of home, these accomplished artists have come together again, joined by one of the low-country’s most celebrated vocalists Quiana Parler, to revive a “Heartland of American Music” born in their own backyards.