House of Waters – Streaming Concert Available On Demand Thru Feb 25 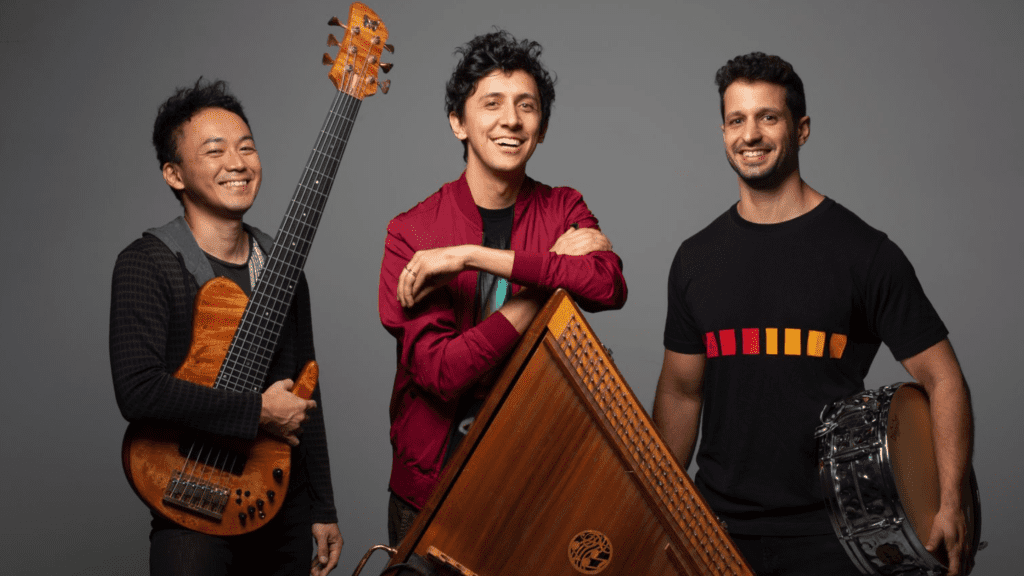 This is a ticket to watch a streaming concert, originally streamed live from the Sony Hall stage February 20. The show will be available thru Feb 25.

About House of Waters

Lauded as the “Jimi Hendrix of Hammered Dulcimer” by NPR, Max ZT is an innovator of the instrument. Taking his roots from Irish folk music, Max has transplanted his compositional techniques to both Senegal, where he studied the Mandinko technique with the Cissoko griot family, and to India, where he received a grant to study under the santoor master Pandit Shivkumar Sharma. His fresh perspective and bold experimentalism have been the backbone to beautiful, complex, and genuine compositions, while his unorthodox playing style has been a pioneering force in revolutionizing dulcimer techniques.

Moto Fukushima has been playing music for as long as he can remember. Accompanying such greats as Joe Lovano, Mike Stern, and Dave Weckl, he has redefined the role of the bass. With a strong background in jazz improvisation, Western classical music and the African inspired musics of South America, Moto’s playing is an amazing combination of finesse, subtlety, and power.

Drummer Ignacio Rivas Bixio mixes South American rhythms with powerful fusion beats. Born in Buenos Aires, Argentina, Ignacio moved to NYC after graduating from Berklee College of Music, and is one of the most sought after drummers on the scene.

House of Waters has scored an Emmy winning documentary for ESPN, and has shared the stage with some of the most influential musical leaders of the century including: Pandit Ravi Shankar, Victor Wooten, Tinariwen, Jimmy Cliff, Snarky Puppy, Karsh Kale, and more.

Their self titled first record on Snarky Puppy’s GroundUP Record Label – House of Waters – debuted at #2 on the iTunes World Music Charts. All About Jazz calls it, “A rare and beautiful gem,” while TimeOutNY calls their performances “A sight to behold.”