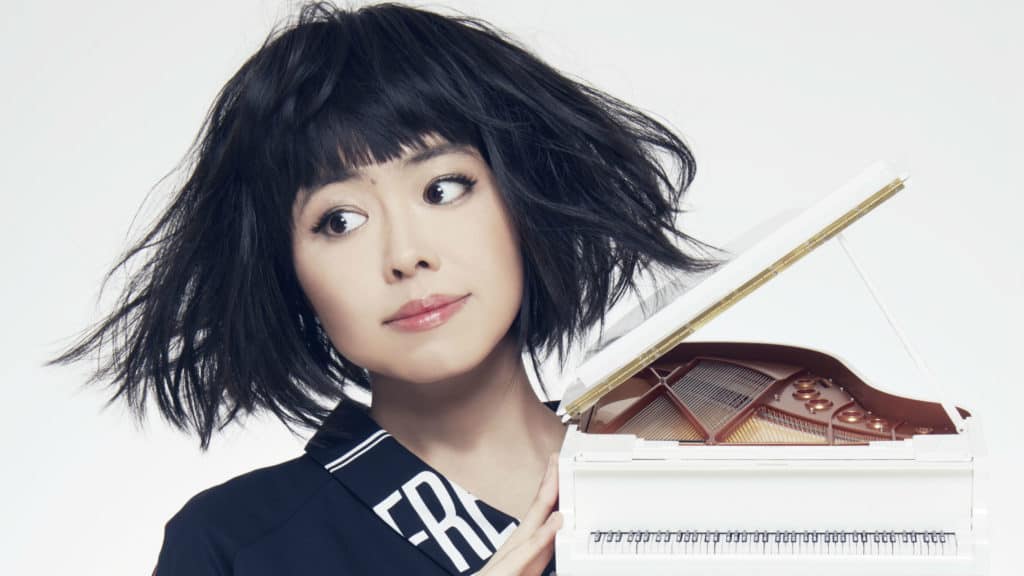 Japan has produced an impressive assemblage of jazz pianists, from Toshiko Akiyoshi and Makoto Ozone to Junko Onishi. And now, well into the change of the 21st century, the pianist/composer Hiromi Uehara is the latest in that line of amazing musicians. Ever since the 2003 release of her debut Telarc CD, Another Mind, Hiromi has electrified audiences and critics east and west, with a creative energy that encompasses and eclipses the boundaries of jazz, classical and pop parameters, taking improvisation and composition to new heights of complexity and sophistication. Her new CD, Alive, her ninth as a leader, features her critically-acclaimed Trio Project, consisting of contrabass guitarist Anthony Jackson (Steely Dan, Paul Simon, Michel Camilo, The O’Jays and Chick Corea) and drummer Simon Phillips (Toto, The Who, Judas Priest, David Gilmour, and Jack Bruce).

Hiromi Uehara first mesmerized the jazz community with her 2003 Telarc debut, Another Mind. The buzz started by her first album spread all the way back to her native Japan, where Another Mind shipped gold (100,000 units) and received the Recording Industry Association of Japan’s (RIAJ) Jazz Album of the Year Award. The keyboardist/ composer’s second release, Brain, won the Horizon Award at the 2004 Surround Music Awards, Swing Journal’s New Star Award, Jazz Life’s Gold Album, HMV Japan’s Best Japanese Jazz Album, and the Japan Music Pen Club’s Japanese Artist Award (the JMPC is a classical/jazz journalists club). Brain was also named Album of the Year in Swing Journal’s 2005 Readers Poll. In 2006, Hiromi won Best Jazz Act at the Boston Music Awards and the Guinness Jazz Festival’s Rising Star Award. She also claimed Jazzman of the Year, Pianist of the Year and Album of the Year in Swing Journal Japan’s Readers Poll for her 2006 release, Spiral. Hiromi continues her winning streak with the 2007 release of Time Control.

At 26, Hiromi stands at the threshold of limitless possibility, constantly drawing inspiration from virtually everyone and everything around her. Her list of influences, like her music itself, is boundless. “I love Bach, I love Oscar Peterson, I love Franz Liszt, I love Ahmad Jamal,” she says. “I also love people like Sly and the Family Stone, Dream Theatre and King Crimson. Also, I’m so much inspired by sports players like Carl Lewis and Michael Jordan. Basically, I’m inspired by anyone who has big, big energy. They really come straight to my heart.”

But she won’t, as a matter of principle, put labels on her music. She’ll continue to follow whatever moves her, and leave the definitions to others.