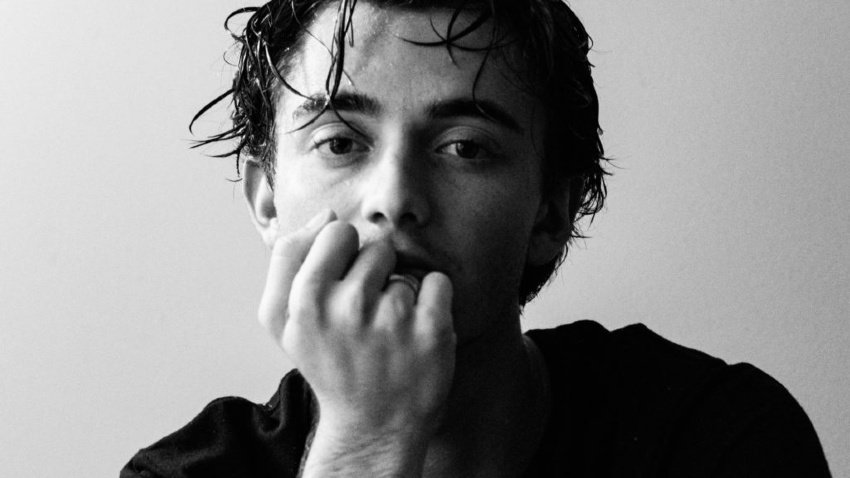 VIP Side Wing Seating
• $50 Advance / $55 Day of Show
• Includes Guaranteed Seating in Designated Section
VIP/M&G package includes a VIP Seated ticket plus early entry into the venue before doors, a live acoustic session performed by Greyson, a Q&A segment, and a Meet & Greet with photos.

“There are no second acts in American lives.”

So said American literary icon F. Scott Fitzgerald. But of course he’s wrong. Sadly, he never had the opportunity of meeting Greyson Chance.

This uniquely gifted singer/songwriter/instrumentalist enjoyed a spectacular Chapter 1. After all, how many other artists drew 14 million views to their debut singles on YouTube, not to mention roughly 100 million views on their YouTube page? And performed multiple times on Ellen and other national TV outlets? And headlined in Beijing, Hong Kong, Singapore, Manila and elsewhere in Far Eastern Asia — twice?

All before he was 17 years old?

As Fitzgerald surely knew, when your story opens with a bang, that can be hard to follow. But Chance is about to change all that, with new music that captures not only his musical growth but also his skill at surviving the backwash of premature fame, finding his true creative compass and redefining himself as an artist.

Gentle yet painfully honest. Spare in texture, emotionally turbulent. The music of Greyson Chance blends insight and irresolution with a sensitivity many artist three times his age have yet to achieve. He is a virtuoso of understatement, a plain-speaking poet and an artist whose time has come.

Yet to be titled, his upcoming EP stems from years of reflection. Life-changing choices had to be made to bring him to this point. One of them involved acknowledging and embracing his orientation as a gay man. Perhaps even more courageously, he escaped the mixed blessings of celebrity, moved back to his home state of Oklahoma and enrolled at the University of Tulsa, where he remains a student even now.

“That was the hardest decision I’ve ever made,” Chance muses. “I recorded my last EP, Somewhere Over My Head, in 2016. I was really proud of it. We took it to every label in L.A., knocked on everybody’s door. But the industry completely rejected me because when you start off young a lot of people don’t take you seriously when you’re older. I had a really popular video when I was 12 years old, so when we’d go to meetings people would say, ‘I remember that video!’’ That’s all they wanted to talk about, so I realized I had to start building myself up again until I was ready to pick up the pieces and start a new life.

“So I came back to Oklahoma. I’m so glad I did. I’ve come to appreciate how people stick up for each other and have each other’s backs. There’s also a romantic wildness in Oklahoma. I love the people here.”

Once Chance arrived and moved into his own apartment In Tulsa, his perspective began to change. Freed from the pressures of the music business, he felt a surge of self-discovery he hadn’t anticipated. “When I wrote a song , I was able to stop thinking about what someone might think of it in a conference room in L.A.,” he says. “I can never give up this process now. It’s always going to be with me.”

After a spurt of inspired writing, Chance flew to L.A. and headed to the studio of his friend and producer Willy Beaman. Together they polished and recorded Chance’s new songs, some of which are featured on the upcoming EP. The single “Low” has already been released, along with a haunting lyric video that consists of nothing but countryside shot from the window of a car driving down lonely roads. “I didn’t realize how I was feeling until I got that song down and fleshed out some of the things I was going through as I wrote it,” he says. “It was very therapeutic.”

Other tracks on the EP were equally illuminating. “‘’Good As Gold’ is very, very close to me,” Chance notes. “I’m telling myself, ‘You’re good as gold. You can do this.’ It’s about a lot of things but mainly it symbolizes how I’ve grown and how far I’ve come.”

Another one, “Hidden Love,” addresses a more universal theme. “I’ve had relationships where I’ve had to tell my partner that the love has to stay hidden. When I was with him, I couldn’t tell his parents or his friends that he has a boyfriend. That’s a side of me that obviously didn’t exist before I came out.”

Why does Chance’s latest work connect so powerfully? Partly it’s because it reflects his commitment to candor as well as his superb craftsmanship and disciplined but deeply emotional vocals. But the truth is simpler than that.

“A lot of people think that artists write to sell product,” he explains. “Very selfishly, I write for one person. And that’s me. I’m happy that people can latch on to these songs. They tell me ‘Thank you so much for writing this music,’ but I would have written it regardless. It’s just how I cope with life.”

Clearly Chance’s second chapter is deeper and more profound than the first. Still, at age 20, he is only beginning to share his story. The wonder is that his words and melodies may tell your story too.