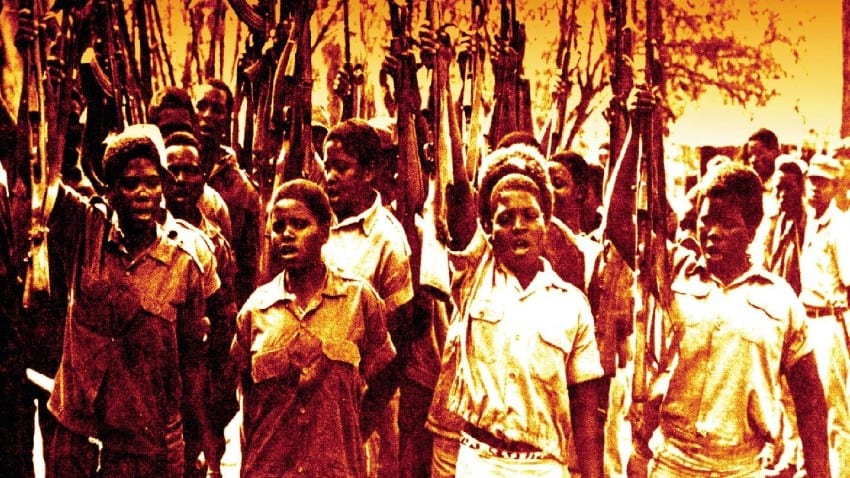 With hard-hitting beats, politically aware rhymes, deft lyricism and strong song concepts, dead prez emerged in 2000 as one of rap’s most politically strident outfits. Stic.man and M-1’s music provided a voice for the voiceless, a sobering look at the global power structure that was crippling billions of people internationally and millions of Americans domestically. The duo’s first two studio albums, 2000’s Lets Get Free and 2004’s RBG: Revolutionary But Gangsta, were accompanied by four acclaimed Turn Off The Radio mixtapes and solo albums.

When the duo embarked upon recording its third studio project, they wanted to present a new outlook. This perspective allowed dead prez to look forward to the future they desired, for the world for themselves and their families, as evidenced on “Learning Growing Changing,” “Time Travel” and “Take Me To The Future.” “We have to be able to imagine where we want to go,” Stic says. “People want revolution, change, hope. But then you ask them to define it and it’s all over the place. We’re back at war. ‘Take Me To The Future’ was about visualizing what you want.’ If you can see it, we can get there. Let’s envision a future that’s better for the human race, for the planet.” Since its groundbreaking debut album, 2000’s Lets Get Free, dead prez has used music as a platform to rail against societal injustice. Individually and collectively, Stic and M-1 have been involved in political and community activism, pushing for progressive education for all people, teaching the merits of fitness and eating healthily and illustrating changes needed in American society and throughout the world.

The group branded and viewed themselves as revolutionary. But unlike others with the label, dead prez seek change for the better in themselves, the status quo and those who challenge the status quo. Even though music was moving away from dead prez’s brand of edutainment at the turn of the century, Stic and M-1 provided a valuable service. “We are one of the people’s voices,” M-1 says. “We are a product of a community with high expectations and revolutionary aspirations who have been able to bear the brunt of an industry that does not want or does not need for this particular phenomenon to exist – the phenomenon of the people’s voice. We are the voice of self-reflection in hip-hop, the challenge of growth and development in hip-hop. We have gladly taken on that responsibility.” With Information and Age, dead prez continues pushing music – and humanity – forward.