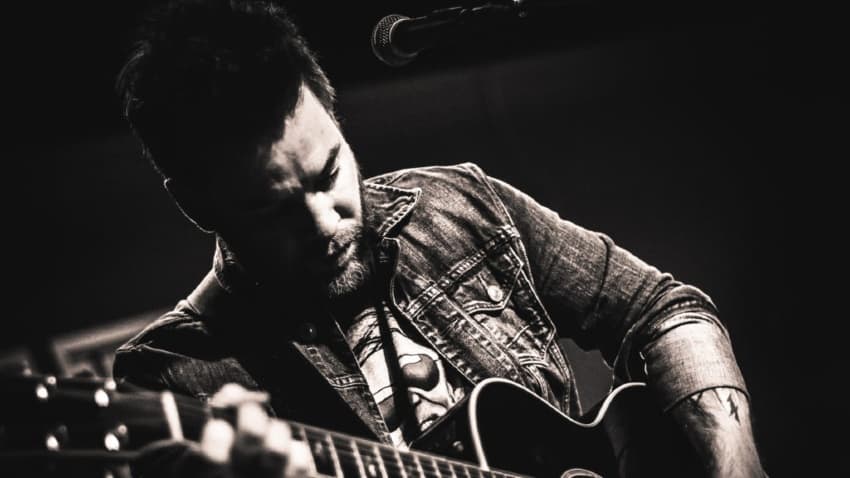 Paul McCartney once sang, “Some people want to fill the world with silly love songs” but on David Cook’s latest EP, CHROMANCE, he isn’t one of them.  While he has written his share, he decidedly took a different turn this time out. “I wanted this EP to feel like the darker side of love. I recently found some psychology textbooks from college and read about different forms of love – parental, platonic, romantic, obsessive. When most people, including me, write love songs, it’s usually “you and me against the world,” but I wanted to tap in to the murkier aspects of love people rarely talk about.”

David Cook (and yes, he is the winner of American Idol’s Seventh Season) certainly knows his way around a good song. His first album, ANALOG HEART, came out pre-Idol, and his last album, DIGITAL VEIN, nicely bookended that chapter of Cook’s career. With CHROMANCE, he is starting fresh. “I was a ‘rock’ guy, but the further away I’ve gotten from that, the more I’ve opened up and found inspiration in the peripherals. I wouldn’t have had the courage earlier in my career, but now I have the confidence to go after the sound I want.”

The outcome is pretty outstanding. The first single is “Gimme Heartbreak,” an up-tempo track that throws the listener right in to the record. A bit bluesy and a lot anthemic, Cook calls this song “the appetizer to the rest of the album,” singing about being in a relationship that isn’t the right one, but staying in it anyway, which sets the tone for CHROMANCE. “I love the universality of this track. I think everyone has been in the position where they’re either too lazy or too scared to get out of a relationship they know isn’t going to work.”  The next single, “Ghost Magnetic,” is a darker, slower moving track, a plaintive tale about allowing ghosts of old relationships to infiltrate a new one. A fan of cinematic pop, Cook cites Halsey’s album BADLANDS and the song “Running with the Wolves” by Aurora as examples of his motivation to write songs where every sound pushes the narrative forward.