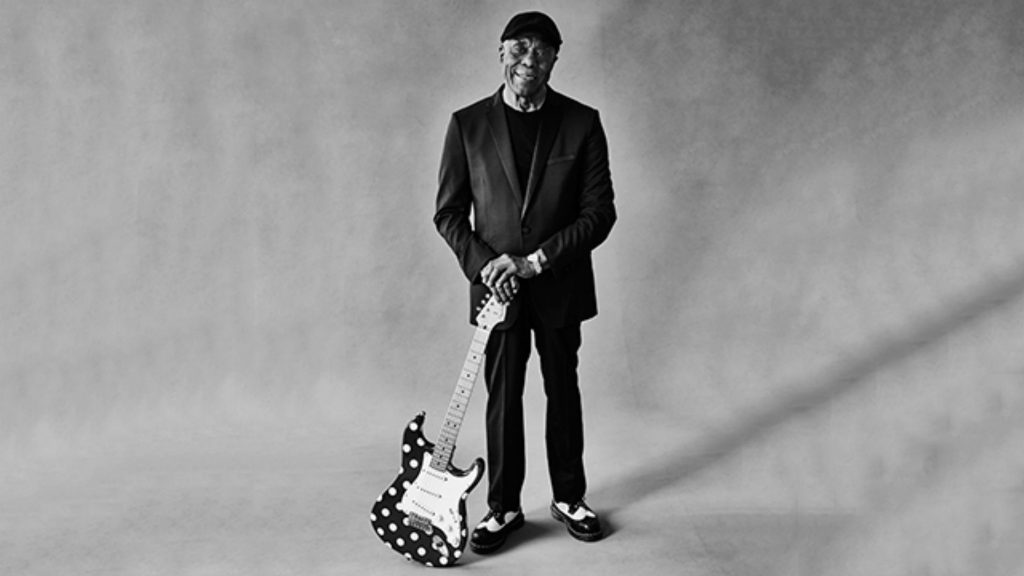 Buddy Guy is one of the titans of the blues, straddling traditional and modern forms, as well as musical generations.

He has worked with Muddy Waters, Little Walter and Howlin’ Wolf on one hand, and Eric Clapton, Stevie Ray Vaughan and the Rolling Stones on the other. There are few notable blues figures that Guy hasn’t brushed up against. He was even an influence on Jimi Hendrix.

Well into his seventies, Guy is still going strong. Recent releases have included Sweet Tea (2001), an electric blues album recorded in Mississippi, and Blues Singer, a 2003 acoustic set in which Guy covers favorites by such peers as Skip James, Son House and John Lee Hooker.