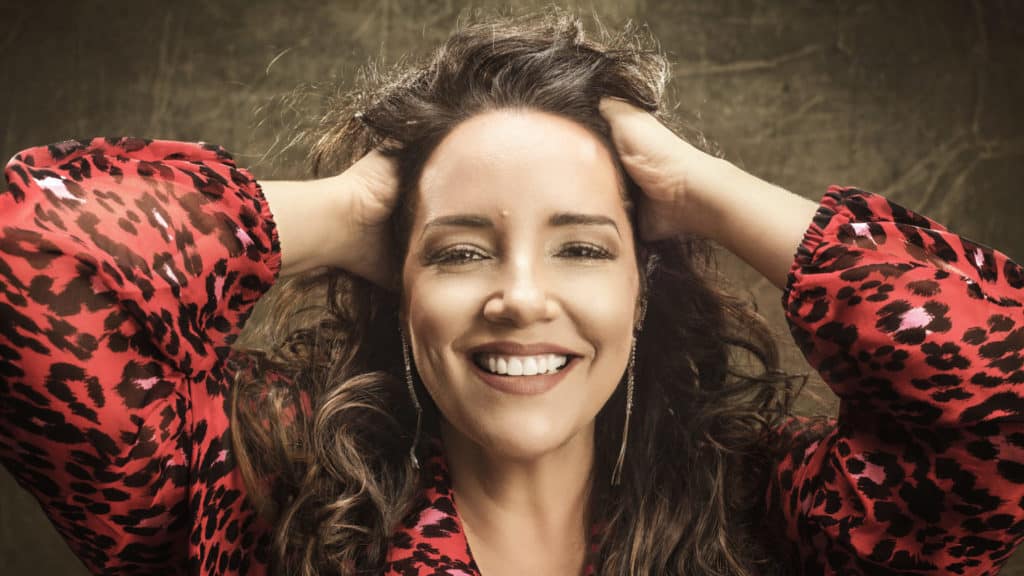 About Ana Carolina – Singer, songwriter, arranger, producer, instrumentalist, musician and painter, Ana Carolina has released her debut album in 1999. Her successful career, which completes 20 years in 2019, includes 12 studio albums, 6 DVDs e more than 5 million sold units. Known as an award winner in Brazil, she won the most important national awards and was also nominated 3 times to the Latin Grammy Awards (in 2000 and 2014 for the Best Contemporary Pop Album; and in 2007 for Best Brazilian Song) . Her first national big hit was “Garganta”, which belongs to her first record, and after that she would take the brazilians charts by storm with other 30 singles.

In 2009, when she had completed 10 years of career, she had launched her album “N9ve”, in which stands out the song “Entreolhares (The Way You’re Looking at Me)”, a duet with the american singer, songwriter and pianist John Legend. The song peaked #1 in the Billboard Hot Songs (Rio de Janeiro), and #34 in the Billboard Hot 100 Airplay. Still in 2009, she had released the collection, “Ana Carolina + Um”, with two new songs, plus the featuring of several artists, among them, Maria Gadú, Maria Bethânia, Roberta Sá and Antonio Villeroy. In 2012, she had recorded songs with international artists, such as Tony
Bennett and Alejandro Sanz, and she also had shared the vocals with Chico Buarque in her album “#AC”.

Currently, Ana Carolina has more than five million followers in her social medias.

In the first half of 2019, Ana Carolina has began her national tour “Fogueira em Alto Mar”, which have the same name as her latest studio album with new songs after 6 years. This work reflects all the excellence, commitment and musicality that have made her known in the national and international market.