An Evening with WAR with DJ Prince Hakim 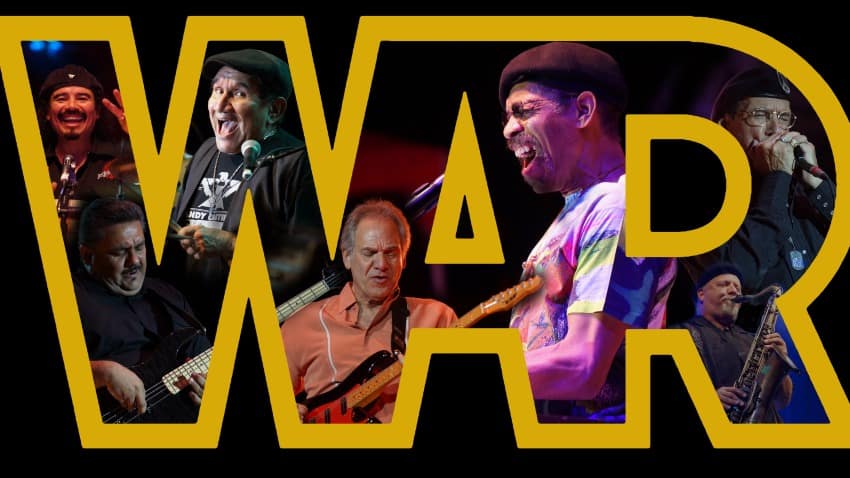 An American Original; WAR was the first and most successful musical crossover phenomenon that forever fused rock, jazz, Latin, and R&B, while transcending racial and cultural barriers with a multi-ethnic line-up; a musical melting pot and an enduring influence that has sold nearly 50 million records to date.

Today, WAR is a permanent part of America’s pop cultural landscape. A touring act that performs 150 shows a year and whose catalogue of timeless hits permeates our everyday lives.

WAR classics have been featured in countless movies, television shows and commercials. Films such as The Mexican, How High, Remember The Titans, A Knight’s Tale, Boogie Nights and Lethal Weapon 4; T.V. shows such as ER, That Seventies Show, Bernie Mac, The Job, The Simpsons and the theme to the George Lopez Show; TV ads for products like Nissan, Mitsubishi, Miller Brewing, Burger King and Sprint PCS have kept WAR music in the fore.

The music has also been re-spun by many contemporary artists from Janet Jackson to Korn, Smashmouth to Shaggy and from Macy Gray to TLC with covers or samples of WAR hits.