ABC Rescheduled to 9/8 - All Tickets Will Be Honored 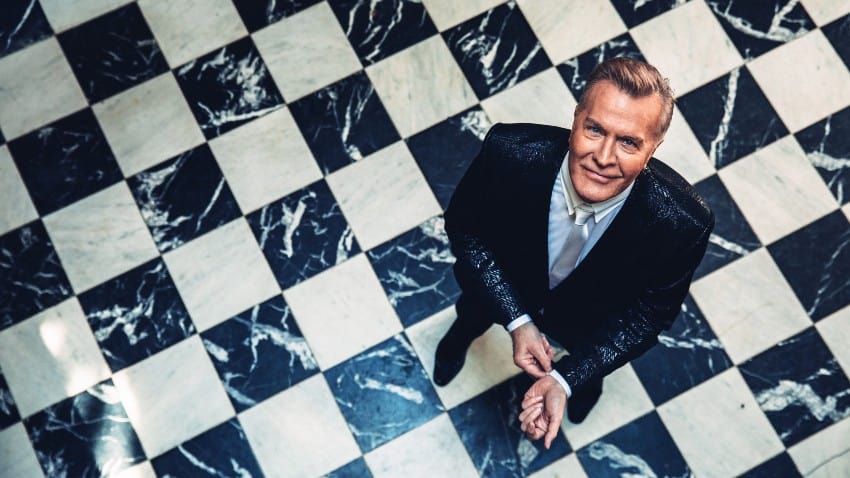 ABC has enjoyed a glittering career to date. Very definitely one of a number of groups who came along and kickstarted the Eighties with their own brand of pop for a ‘new decade’. On it’s release in May 1982, their debut album ‘The Lexicon of Love’ crashed straight into the UK album charts at number one. Showcasing the hits songs ‘Tears Are Not Enough’, ‘Poison Arrow’, ‘The Look Of Love’ and ‘All Of My Heart’. A ground-breaking collection of modern love songs. With a majestic production from the legendary Trevor Horn, it remains a classic to this day. It has been voted by many as the best British album of the decade.

Inspired by the burgeoning House music scene ‘Up ‘the fifth ABC album reflected the euphoric and uplifting spirit of the times. ‘One Better World ’an idealistic and Ibiza influenced anthem champions the radical changes that were taking place in music in London, Manchester, Chicago and Detroit in 1988.

In 1991 ABC began to work on an ambitious soul pop extravaganza ‘Abracadabra’. Releasing ‘Love Conquers All’ and the Black Box mixed ‘Say It’ the following year.The nineties saw the release of ‘The Lexicon of Love ‘No prizes for guessing that it is a live album that showcases ABC on stage. A band that could deliver in the recording studio could clearly do the same in front of an audience. ‘Skyscraping’ in 1997 represented a tour de force of gilt edged ABC. ‘Stranger things’ and ‘Only The Best Will Do’ embraced Glam inspired rock and roll, collaborating with artists as diverse as King Britt in Philadelphia and David Arnold in London ABC continued to experiment and entertain.

Some 27 years after its debut release ABC performed the album “The Lexicon Of Love” in its entirety to a sell-out audience at London’s prestigious Royal Albert Hall. The epic performance introduced by Producer, Trevor Horn, and accompanied by the BBC Concert Orchestra, reunited not only Martin Fry, David Palmer and Trevor Horn, but also original backing vocalist, Tessa Niles and Academy Award winning musician, arranger and composer, Anne Dudley, who originally orchestrated the album and who conducted the orchestra on the night. The night was electric with audiences joining in on every lyric!

The last five years have seen ABC complete five successful American Tours, 4 sell-out UK Orchestra Tours, the sellout Steel City Arena Tour with The Human League and Heaven 17, and a string of Country House Shows here in the UK. Two high lights being appearances at The Isle Of Wight Festival Camp and in 2016 playing BBC Proms In The Park in Hyde Park.A mere 34 years since the release of the first ABC album, ABC return to the scene of their most resounding triumph with the May 27th 2016 with the release of ‘The Lexicon Of Love II’. Sonically doffing its cap to the original, it features 10 brand new songs from the pen of Martin Fry abetted by various musical cohorts. It might take a less innocent, more experienced view on affairs of the heart than its million-selling predecessor, but it still concludes that all you need is love.